The relative regional leader - but with a worrying number of laggards. 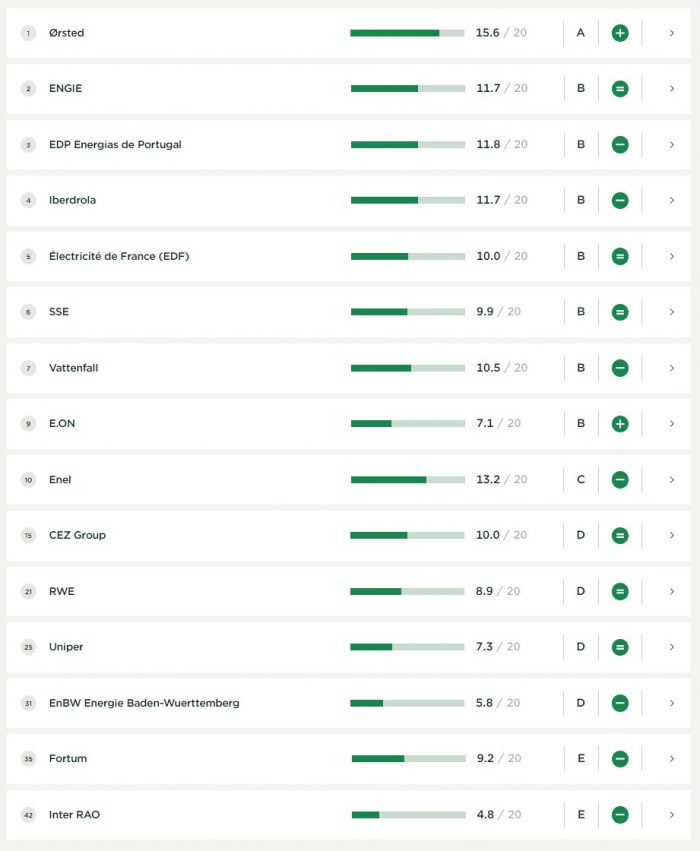 As the EU Commission states in its 2020 Annual Work Programme, ‘Climate action is at the heart of the European Green Deal’. The Commission will present its strategy for smart sector integration for a future integrated European energy system, to increase the electrification of sectors still reliant on fossil fuels and bolster hydrogen. Part of our work moving forward will be to explore how policy can better drive the emissions reductions and access to universal clean energy needed from these keystone companies to achieve Paris and the SDGs.

As the leader both in the European region and of the benchmark overall, Ørsted is preparing for the low-carbon economy. Its shift towards an electricity generation portfolio dominated by low-carbon sources fully aligns it with the Paris goals on all material investment indicators. It also performs well on targets, having set an emissions reduction target pathway more ambitious than its decarbonisation pathway allocated under the well-below 2-degree scenario pathway.