The methodology outlines 16 indicators to examine and assess the 100 most influential ICT companies’ policies, processes, performance and disclosure across the breadth of the digital system, from hardware to software and telecommunication services to platforms.

The critical digital inclusion themes covered by the benchmark include
access, skills, use and innovation. 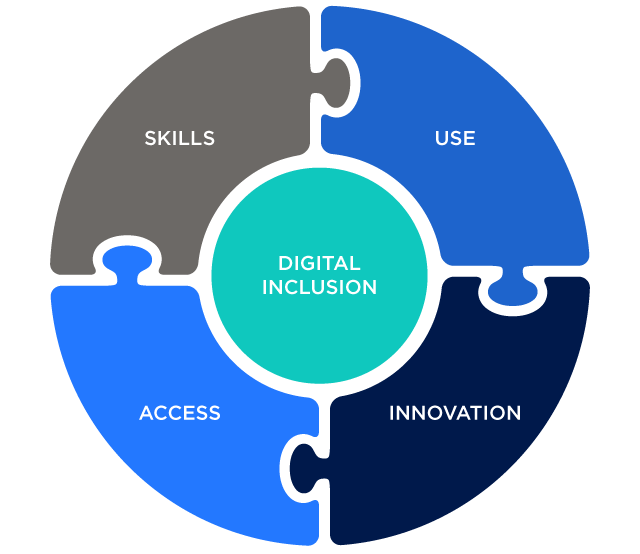 Digital technology can be a powerful enabler of the United Nations’ Sustainable Development Goals (SDGs). However, divides around access to technology, digital skills, inclusive technology development and exposure to online risks and harms persist around the world, slowing the potential to achieve the SDGs. Companies, while varied in their approach and levels of commitment, are evolving rapidly in how they view information and communications technologies (ICTs) as a tool for sustainable development. Acting as a global accountability mechanism, publicly available benchmarks are a vital first step towards shedding light on the reality of corporate impact in this area.

Although progress is being made, those on low incomes, the disabled, ethnic minorities, people in developing countries, rural communities and other marginalised groups are on an unequal footing when it comes to digital inclusion. Almost half of the world’s population is offline, and billions do not own a mobile phone. The vast majority of the ICT ecosystem is centred in two countries, the United States and China, with developing countries, other than China, particularly excluded. Adoption of new technologies, such as 5G, the internet of things and artificial intelligence, is occurring much faster in developed versus developing countries. During global consultations leading to the establishment of the World Benchmarking Alliance (WBA), companies in the digital system were highlighted as among the most influential for achieving the SDGs.

Read the methodology report in English

Read the methodology report in Mandarin